"Damon's restaurant on Central Avenue in Glendale felt like a late-1940s bar. It looked like two GIs had returned from the Pacific campaign in World War II and opened the bar they remembered from Fiji. There were palm fronds, fishnets, glass floats, coconut halves, tiki gods, fake orchids, and an emphasis on rum drinks." — Lou Matthews, Los Angeles Times 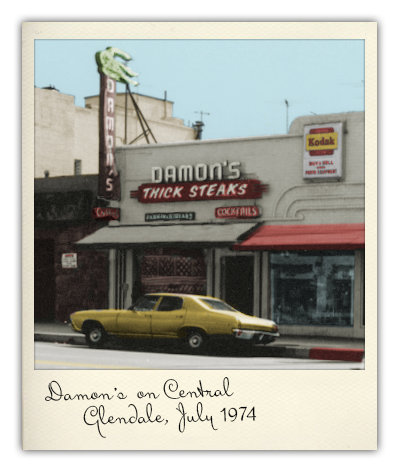 THANKS FOR THE MEMORIES

Welcome! Join us on the South Seas adventure that is Damon’s. We’ve been serving up savory slabs of prime rib, pan-roasted pork chops, backyard BBQ, seafood, and delicious fun wrapped in great value and a transportive tiki-thatched vibe to generations of families and friends since 1937, when Oregon-born entrepreneur Loyal Damon divested his chain of Los Angeles candy stores and established Damon’s Steak House on Central Avenue in Glendale.

Upon Loyal's passing, his son Loyal Jr., daughter Jennie, and Loyal Jr.'s wife Donna took control of the restaurant operation. At the time of the move to Brand Boulevard in 1980, longtime bartender Moe Elliott was promoted to manager, replacing retiring 42-year veteran Jerry Hobbs (1938-1980). Moe not only inherited the distinction of being the senior member of the staff (since 1956) but he also created the Damon's Famous Mai Tai. Moe still visits to make sure his time-honored recipe is being followed accurately. (Listen up, barmen!)

Damon’s is locally-owned and interwoven into the history of Glendale and its loyal fans from across Southern California who return to celebrate birthdays and special occasions with loved ones, raising a glass brimming with one of the tiki bar’s signature cocktails—Chi Chi, Mai Tai, Blue Hawaii—with its friendly and attentive staff, many who they’ve known for decades.

A single palm tree rooted in the middle of the original Damon’s inspired the tropical decor. The ”island paradise” aesthetic was amplified with the move to Brand Boulevard, with rattan-woven interior walls and an outrigger suspended from the vaulted thatched roof above the main dining room lit from the glow of the impressive salt water aquarium sheltering lively exotic fish. The tropical motif extends throughout Damon’s—palm palapas, bespoke lighting, and tiki hut-style bamboo booths. The stunning Bettina Byrne murals replicate Eugene Savage’s seductive Deco-era artwork originally commissioned by South Seas luxury-liner Matson for the S.S. Lurline, the crown jewel of the "white ship" fleet in the Golden Age of high-style Hawaiian tourism, and capture the allure of Old Hawai'i embodying the spirit of aloha… ever-present at Damon’s today. 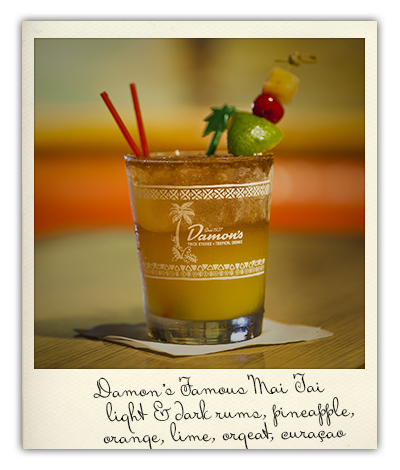 Thanks for choosing Damon’s. We look forward to serving you. Mahalo! 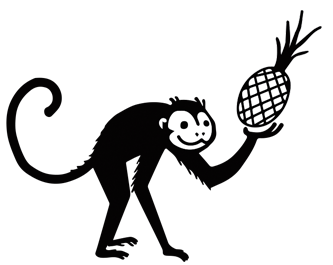